The Fascinating Popularity of Cash in Our Digital World 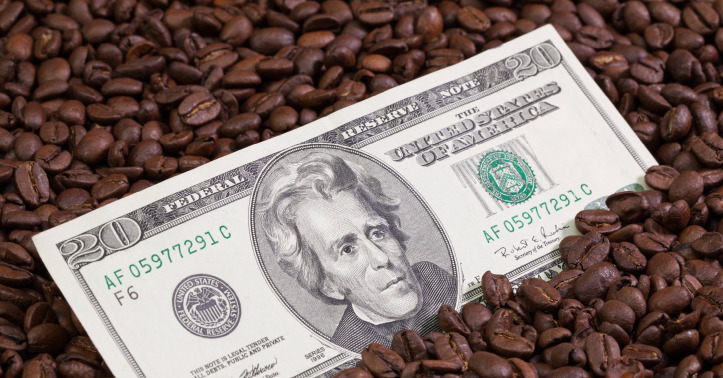 Cash is still used extensively around our digital world. Here is a look at why.

Raise your hand if you like the smell of cash. It is one of my husband’s favorite aromas, right up there with fresh ground coffee which he inhales as he makes himself his first cup of the day. He prefers the pour-over method to unleash the power of his magic Arabica beans. When it comes to cash, we share a favorite aroma – United States currency. Read on to find out what makes it special …

A brief history of money

The concept of money dates back to at least 3000 BC but it was not until 1658, when a Swedish financier introduced a paper bank note for the Swedish State Bank, that paper money really entered circulation. In the U.S., the first paper money was issued in 1690 but due to a series of setbacks and losses due to counterfeiting, it wasn’t widely used until 1865. That’s when President Lincoln established the Secret Service, whose principal task was to track down and arrest counterfeiters.

Today U.S. notes are composed of 75 percent cotton and 25 percent linen and are packed with security features. They contain small segments of red and blue fibers scattered throughout for visual identification. The paper for all bills except the $1 is made of two plies with a polymer security thread laminated between them. This thread is visible only when the bill is held up to a light and cannot be duplicated in photocopiers or printers. Black ink is used to print the front and green ink is used on the backs (a.k.a greenbacks).

U.S. dollars are the planet’s most common currency. There are very few places you can travel (Cuba aside) that won’t take a U.S. twenty dollar bill. I doubt that scent is the reason behind the dollar’s popularity, but as all good marketers know, appealing to our olfactory brains should not be underestimated.

And while I appreciate the ability of the newer Canadian polymer bills to withstand a wash (when left in a certain son’s pocket), the scent and feel are not quite the same as paper money. But where is cash going and will our love affair with cash end? Read on to find out some fascinating facts behind its enduring popularity …

From checks and cash to cards, mobile money, and bitcoins

I spent much of my career improving the paper check –making it more secure, easier to digitize and less reliant on manual processing. The check is a payment instrument that was supposed to be reaching its end of life about 20 years ago. Countless articles in the 90s predicted its imminent demise. The paper check would become a forgotten relic, an old jalopy left rusting on the side of the payments superhighway. But guess what? Checks are still wildly popular, particularly for business payments. While check volumes are dropping rapidly for consumers, replaced by Interac e-transfers in Canada and Venmo and Zelle in the U.S., they are still the #2 payment instrument by value, thanks to their continued use by businesses.

Cash use around the globe

Let’s now look at the cold hard facts on cash, which arguably, hasn’t had as much of a spotlight on it as it deserves. Whether you love cash or hate it, these stats may surprise you. Other than exchange rates, currency is rarely in the news as compared to the tumultuous rise and fall of bitcoinsand the ubiquity of credit card fraud, so you are forgiven if you may have missed these trends.

The reasons behind these stats have a lot to do with cash’s most endearing qualities – it is understood and accepted virtually everywhere, it is anonymous (arguably its most attractive feature), and has a very low cost when handled efficiently.

Giving cash the attention it deserves

So whatever industry you are in, be prepared to handle cash in our digital world (and checks) for a long time to come. If you are a banker, a retailer or have your own business, and haven’t given cash much thought, it might be worth a second look. There is some incredible technology available to improve cash handling efficiency. From cash sorters that also validate currency to safe, convenient payment kiosks, that accept cash, checks card, these devices can make it easy to let customers use cash while keeping your costs to process it low.  While bitcoin is in the news, it will be a quite a few years, if ever, until your volume of bitcoins is going to come close to your current volume of cash.

So enjoy the aromas – of your first cup of coffee of the day and the cold, hard cash in your wallet!

Victoria Lant is the Founder of Collingwood Marketing with over 20 years of experience in launching new payments solutions for Fortune 500 companies. Collingwood Marketing helps tech companies succeed with innovative digital marketing and social media strategies. She can be reached at Victoria@collingwoodmarketing.com or on LinkedIn at http://www.linkedin.com/in/victorialant.